Lighter Side: the best jobs for lazy people

Struggling to motivate one employee in particular? It might be time to suggest a career switch… 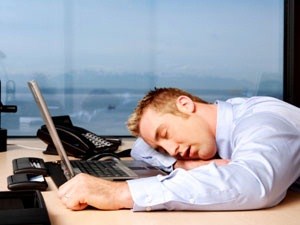 We&
rsquo;ve all had our fair share of intelligent workers who aren’t willing to go an extra inch - never mind the extra mile.

So, if you’ve finally reached the end of your tether with an idle employee why not subtly suggest one of these alternative career options?

According to question-and-answer site Quora, they’re ideal for smart but lazy people.

A word for the wise
“Perhaps one out of every three English teachers I've met in Beijing describe themselves as intelligent, but very lazy,” revealed computer game designer, Andy Lee Chaisiri.

Teaching roles in China are in high demand so entry standards aren’t particularly restrictive – often the only requirement is that the applicant must be born in an English-speaking country.

“Your income levels will match the middle class college graduates that work 50 hours a week and do overtime until they die,” he added.

Trust the experts
“My personal opinion is that the best possible job for someone who is intelligent but lazy would be to be a professional ‘expert’ at something,” wrote Matthew Kuzma. “Get paid to just share your thoughts and opinions about things with people who will do the heavy lifting,” he explained.

Programming in your pyjamas
If you prefer lounging in your pyjamas to donning a power-suit, Paul Denlinger suggested computer programming g as the way forward. “It is a continuous learning process, but you really don't have to work that hard and gradually you learn that many of the challenges are repetitive,” he said.

“Good programmers write as few lines of code as possible and it is one of those professions which pays well, while at the same time, encouraging laziness,” Denlinger wrote.

Why not Windows?
All is certainly not lost for lazy people and, according to one highly successful entrepreneur, lazy people can actually use the trait to their benefit.

“I will always choose a lazy person to do a difficult job, because he will find an easy way to do it,” says billionaire genius Bill Gates.