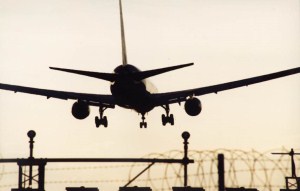 Man
y employees prefer to work regular hours, but the nature of some industries makes shift work a necessity. Healthcare, food services, call centres, and you might think the air force would be one of those industries.

Switzerland, however, doesn’t see it that way. When an Ethiopian Airlines co-pilot hijacked a plane bound for Rome and flew it to Geneva, usually the country’s air force would be the ones to escort the plan into the airport.

Instead French and Italian fighter pilots responded to the 4.30am call because Swiss air force pilots only work “regular office hours” beginning at 8am. The hijacking began over Italy, Switzerland's southern neighbour, and two Italian fighter jets were scrambled to accompany the plane. French plane took over at the Swiss border.

“Switzerland cannot intervene because its airbases are closed at night and on the weekend. It's a question of budget and staffing,” a Swiss air force spokesman told AFP.

French military officials reportedly said they were accustomed to covering for Switzerland.