Lighter side: Oops, your surname doesn’t affect your career after all 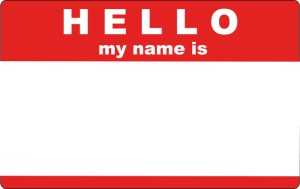 In
many European cultures, last names have been tied to occupations since ancient times. From Smith to Zimmerman – German for carpenter – our names have spoken volumes about how our ancestors spent their days.

And last year, scientists concluded that these types of names also dictate how we spend our days. German researchers analyzed the career trajectories of nearly 223,000 people that shared 84 different surnames associated with occupations. The names included ones associated with nobility – for instance, Baron and Kaiser – and others associated with trades, such as Bergmann (miner), Koch (cook), and Bauer (farmer).

Those born into nobility – at least as far as their surname – appeared marginally better off professionally, too, wrote the scientists.

“Among Germans with noble-sounding names, we found 2.7 percent more managers per hundred people than expected, on average,” they concluded. The discrepancy was the result of perceptions, they said, and noted that last names referring to jobs that no longer exist have no negative affect on careers. That is to say that a name like Shepherd or Wagner – meaning wagonmaker – would not make one any less likely to be a manager.

However, the researchers came out this week to announce that their results were incorrect. When they reviewed their results, they realized the study overestimated the proportion of people with uncommon surnames – and when the results were balanced to make up for the skew, there was no significant difference.