Lighter side: Let music be the food of productivity

According to recent research, 90% of people perform better at work when listening to music – although your choice in genre could hinder productivity. Could the sound of silence be slowing down your workforce? 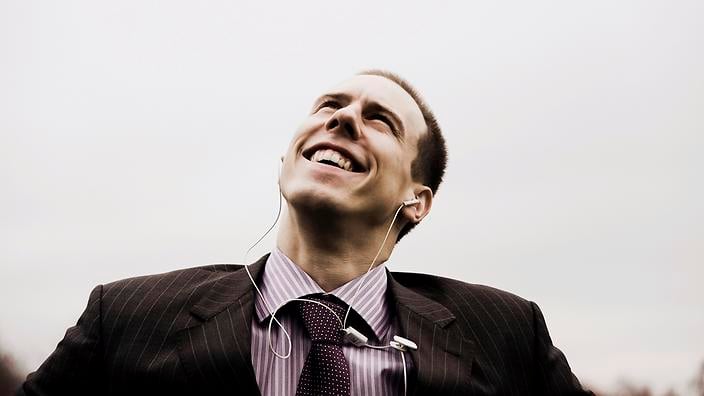 Thi
s may come as music to your staff's ear, but new research has revealed there are multiple benefits to listening to music at work.

Biologically, melodious sounds encourage dopamine to be released into the ‘reward’ area of the brain.

This is the also the affect of eating delicacies or looking at something appealing, according to Dr Amit Sood, a physician of integrative medicine with the Mayo Clinic.

Music prevents the mind from drifting away from the present moment.

“We know that a wandering mind is unhappy,” he said. “Most of that time, we are focussing on the imperfections of life.”

Teresa Lesiuk, an assistant professor in the University of Miami’s music therapy program, said that music “breaks you out of just thinking one way".

Lesiuk’s research focussed on music’s effect on workplace performance. In a study with IT specialists, results showed that those who listened to music worked more quickly and creatively due to the music improving their mood.

“When you’re stressed, you might make a decision more hastily; you have a very narrow focus of attention,” she said. “When you’re in a positive mood, you’re able to take in more options.”

A new study has shown that 88% of workers produce their most accurate work when listening to music.

Dance music has a positive impact on proof-reading, the research showed, increasing participants’ speed by 20% compared to tests conducted without music.

Dance music also increased the spell-checking pass rate from 68% to 75%.
​
[email protected], an online service and mobile app, has utilised the positive affect of music on productivity to provide “music optimized to boost your concentration and focus.”

The site claims that its use of ‘neuroscience-based music channels’ boost attention span by up to 400%, by helping people to “effortlessly zone out distractions.”

According to its creators, people could be listening to the ‘wrong music’, because lyrics – designed to form an emotional connection with the listener – are a distraction.

UK-based Mindlab International’s research suggests that silent offices are likely to be the least productive – an experiment the lab conducted showed a positive correlation between music and productivity.

“Overall, it showed that when listening to music, 90% of people performed better,” said Dr David Lewis, chairman of Mindlab International.

“Music is an incredibly powerful management tool in increasing the efficiency of a workforce. It can help to enhance output and even boost a company’s bottom line.”

Here's our top 5 songs for the office:

What songs do you play in the office? Let us know below.