Lighter Side: Just shoot me!

Thousands of applicants are battling over an unusual job offer which would have most us running a mile. But what is it? 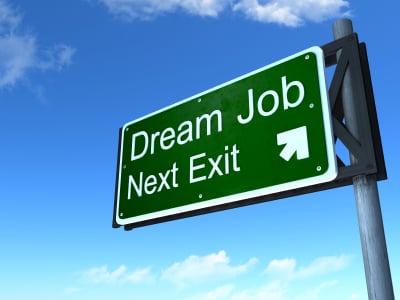 An
unusual job advertisement has attracted thousands of eager applicants from all over the world – much to the employer’s surprise. But what role is everyone fighting for?

You’d be forgiven for thinking the 10,000 applications had come in for something cute – like a panda au-pair – or something tasty – like a chocolate consultant.

But no, the mass of applicants are all desperate to become a Human Bullet-Impact Tester.

Thankfully, the hopefuls aren’t suicidal – although perhaps they are a little self-sadistic.

The job was posted by the UK based firm UKPaintball and already the company, which has 60 locations across the country, has received applications from as far as India, America, Canada and Croatia.

The job, which pays an impressive £40,000 a year, would require the worker to “wear limited items of clothing” on occasion, in order to “prepare for worst-case scenarios.”

Applicants were warned that “the role may pose a small risk of pain, discomfort and some bruising.”

Justin Toohig, owner of UKPaintball, said: "We could not have predicted that so many people in the UK and beyond would want to get shot for a living.”

"I always dreamed of being face-covered by paint while screaming so I think I can be the perfect tester," admitted one hopeful.

"I'm a rugby player and I used to play airsoft without protection so I know physical pain,” boasted another.”

"I can break watermelon with my head,” revealed a third applicant.

Another candidate said he was fat - so easier to aim at. Well, they do say honesty is the best policy in job applications.

"It's going to be a real struggle to whittle down the thousands of applicants to just one,” said owner Toohig. “We are now considering an X Factor-style bootcamp for the final 10."