A survey has revealed HR professionals aren’t as demure as many might think, with 72 per cent admitting to certain, questionable behaviour 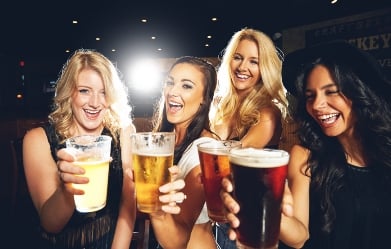 Con
trary to what many might believe, HR professionals are among the most badly-behaved departments when it comes to the Christmas party.

That’s the conclusion one UK-based lingerie shop has reached after asking 2,000 working adults about their annual antics at the office bash.

A staggering 72 per cent of HR professionals surveyed said they had embarrassed themselves at the staff do by kissing a co-worker, having sex with a colleague, or by getting incredibly drunk.

HR takes the title as third naughtiest industry, missing out by a minimal margin – IT took the top spot with 76 per cent of professionals admitting to one of the three digressions and legal followed in second with 74 per cent.

Health and education workers were significantly more composed, with 52 per cent of health workers admitting they’d indulged in the aforementioned bad behaviour and just 45 per cent of teachers.
The study also revealed some other interesting figures: A spokesperson for Ann Summers, the company behind the interesting survey, urged people to embrace possible antics in the office.

“You spend so much time with your colleagues at work that it’s easy to fall for them,” they said. “Don’t be shy, have a cheeky snog and get away with it.”

Is there any point throwing a Christmas party?
On a scale of 1 to 10, how weird are you?
How to give bad feedback without ruining rapport