Lighter side: Hilarious proof job hunting at work is dangerous

A photo editor’s mistake will make you squirm, smile, and be thankful it wasn’t you 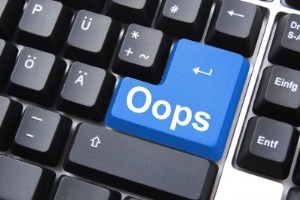 Whi
le some of us are better at multi-tasking than others, this week brought pretty strong evidence that when it involves applying for new jobs, it’s probably best to keep the multi-tasking out of the office. An Associated Press photo editor has been busted for job hunting at work after a copy-and-paste disaster resulted in the whole world discovering her secret.

Karly Domb Sadof accidentally pasted a paragraph from her cover letter to Buzzfeed into a completely unrelated photo caption. What’s worse, the photo – accompanied by the offending caption – was sent to all AP’s newspaper clients across the US. According to Gawker, it wasn’t long before Sadof had to send a follow-up email correcting the caption.

But Sadof’s cover letter mustn’t have been all that bad, since according to her Twitter profile, she remains in her position at AP.