Lighter side: Have you ever bumped into your boss on Tinder? 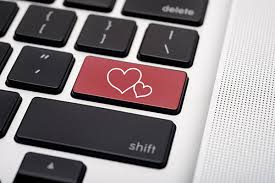 an style="line-height: 20.7999992370605px;">For some, internet dating has become an everyday activity – but that doesn’t mean that they want an online relationship to overlap with their day-to-day work affairs. So for devotees of sites such as Tinder, nothing could be more awkward than inevitably stumbling across a co-worker, or worse, their boss. But this risk hasn’t stopped fans from clicking, swiping and typing away, accepting that there is nothing they can do to avoid awkward e-encounters – until now. A new app ‘The League’ – which is currently undergoing an early launch phase – could prevent these modern-day dating mishaps, and put an end to unwanted virtual encounters with familiar faces. The app, designed by a former Google employee, allows users to enter their LinkedIn information and block out anyone they work with. Amanda Bradford, the app’s founder, came up with the idea because she was uncomfortable with the fact that “everybody and their mother” could see your dating profile. The app even allows users to block their Facebook friends from creeping into their romantic life, leaving browsers to flirt blissfully with complete strangers.