An employee who spent a decade walking more than 30 km to work has finally been rewarded for his exceptional devotion. 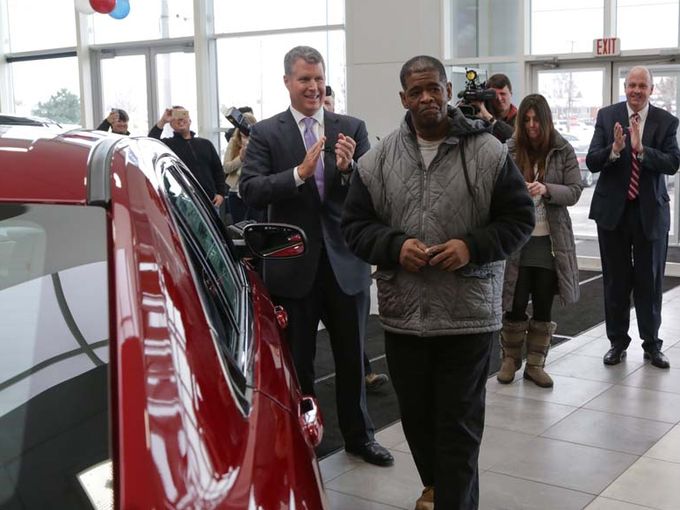 A d
edicated Detroit factory worker has finally been rewarded for his unwavering devotion after generous members of the public caught wind of his gruelling commute.

James Robertson, who has walked 32 km each day since his car broke down ten years ago, was gifted a brand new car by a local dealership.

On a wage of just $10.55 an hour, Robertson had been unable to save the funds needed for a new car.

The unexpected gift is just the latest in an outpouring of donations from supporters across the globe who heard of Robertson’s plight after his story went viral.

Now, thanks to 19-year-old Evan Leedy’s fundraising campaign, more than $350,000 has been donated to the loyal employee.

Depending on the weather, Johnson says his commute could take up to 12 hours a day and he often got just two hours sleep a night.

Johnson’s walk takes him through some notoriously dangerous neighbourhoods, including the 9 mile area, but – remarkably – he has perfect attendance at his job.

'This is the kind of guy America needs,' wrote Edward Klkotka, who donated $20 to the fund. 'Hardworking and dedicated. He has the type of character that every employer dreams about.'