Lighter Side: Ditching your commute could make you $40,000 happier

One so-called “happiness researcher” has found 40,000 reasons why you should cut your commute. 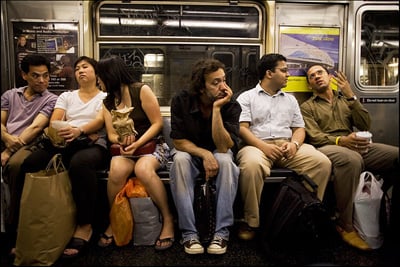 If
you’ve ever found yourself getting angry with incompetent drivers or pushy subway passengers then you might just be able to relate to one researcher’s recent report.

So-called “happiness researcher” and National Geographic fellow Dan Beuttner took it upon himself to quantify just how much happier a person would be if they cut out their commute.

“If you can cut out an hour-long commute each way out of your life, it’s the [happiness] equivalent of making up an extra $40,000 a year,” insists Beuttner.

“The top two things we hate most on a day-to-day basis is; No.1: housework and No.2: the daily commute in our cars,” he explained. “It’s an easy way for us to get happier. Move closer to your place of work.”

Beuttner’s conclusion comes as the result of a five-year study on residents living in some of the world’s happiest places, including Denmark, Singapore, Mexico and California.

He says the keys to happiness lie in fundamental, permanent changes to the way we live but asserted that a person’s daily commute has a real impact on their mental wellbeing.

Other surveys have shown a more modest figure – saying the average person would give up a 10 per cent raise if they were able to work two or three days from home.