As an HR professional, you’ve probably heard it all when it comes to excuses from employees. But it turns out that just because they’re strange, it doesn’t mean they’re not true. 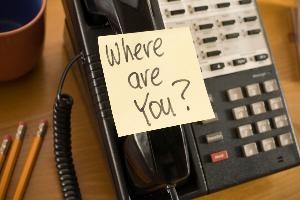 &ld
quo;Managers of Reddit: What was the most ridiculous, most exaggerated excuse an employee gave that turned out to be true?”

When the site AskReddit posted that question, it attracted 4,627 comments – some from managers, some from employees – detailing the most bizarre true excuses they’d heard or given.

Here are some of our favourite responses.

“I was late to a shift because there was a bear in my back yard and I had to wait for the local authority’s bear officer to come over.”

“’I got stabbed and I can’t make it in today but I’ll be there tomorrow’. This dude really got mugged and stabbed in the arm and still came into work the next day.”

“Had an employee call me aside and flat out tell me, ‘I don’t know what happened but I just s*** my pants’. I chose to believe him.”

“I got a call from an employee who told me he was run over by his own car. I guess he got out to move a garbage bag out of the way but he neglected to put the car in park. The car rolled forward and right over his foot/ankle and crushed it. I doubted it but he powered through it and showed up two days later with crutches and a huge cast.”

“I once had a woman call in sick one winter. She’d fallen in the snow and got a concussion from dog [poo] that [had] frozen on the ground. This was later confirmed in her ‘fit note’ from her doctor.”

“Guy at work called in five times in three months to say a grandparent just died. Our manager looked back further and found out that he'd used that excuse three times before. The bosses had a big laugh at how stupid this schmuck was for not coming up with a new excuse and called him in with his shop steward. He came to his disciplinary meeting armed with birth certificates, marriage certificates and obituaries. Turned out both his parents had remarried when he was little, so there's eight grandparents right there. His grandparents had also divorced and remarried a few times so he still had a few grandparents kicking around.”

“I once had to call my boss from a gas station because the pump fell out of my car somehow and sprayed me with gasoline. I told him I was going to go home and change because ‘right now I’m pretty flammable’.”

What’s the strangest true excuse you’ve ever heard or had to use?