Lighter Side: Beverly Butcher and the “the mark of the Beast”

Employers won’t believe the outcome of this satanic discrimination suit… 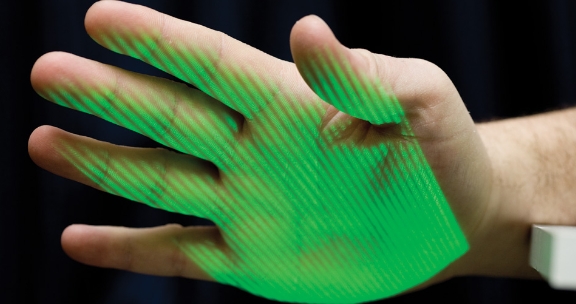 We&
rsquo;ve seen our fair share of outlandish lawsuits but a recent case in West Virginia left us a little more than wide-eyed…

When Consol Energy installed hand scanners, the HR department only intended to track employees’ comings and goings for payroll purposes – but one employee was sure there’d be a more sinister side-effect.

Beverly Butcher, Jr. feared the biometric scanners would imprint him with the “mark of the Beast.” He insisted using the scanner was against his religious beliefs and asked HR officials to provide an alternative.

Instead, the HR department provided Butcher with a comforting letter from the scanner’s manufacturer – stating that the technology “does not in any way have the ability to […] place the ‘mark of the Beast’ or any other mark on a person’s hand.”

Keen to solve the problem, the letter then went on to clarify: “The Scriptures, regardless of version, consistently refer to the ‘mark of the Beast’ being found or placed only on the RIGHT hand or forehead.”

With that in mind, the scanner’s manufacturer – and Consol – hoped common sense would prevail and suggested Butcher use his left hand.

However, Butcher was far from satisfied with his employer’s decision and took Consol to court where he sues on grounds of religious discrimination.

But here’s the biscuit – he won.

A jury awarded Butcher US$150,000 in damages and is currently considering whether he is entitled to back pay.