A WWII veteran has shamed the younger generation by telling them to “get off their backsides” and find a job. 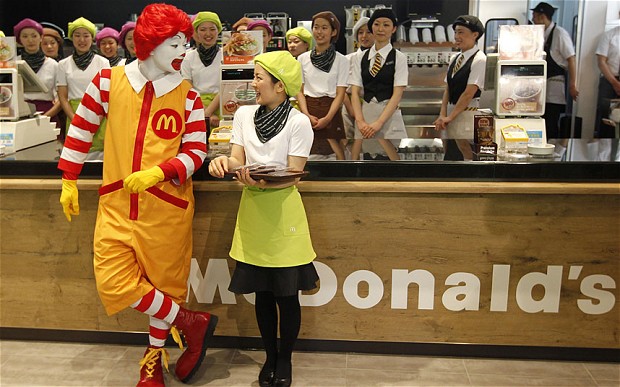 Eur
ope’s oldest McDonald’s employee has offered some unforgiving advice to youngsters – publically instructing them to “get off their backsides” and get a job.

“Despite working since the age of 12, I still love coming to work,” he said. “The camaraderie is fantastic and I’m really lucky to be surrounded by a great team who are like my family.”

Dudley, from Connah’s Quay in North Wales, celebrated his 90th birthday with his McDonald’s co-workers just two weeks ago.

The enthusiastic OAP said he’d been pushed to apply for the position when he became bored after retiring – his wife, who’s taken to calling him “Old McDonald” refused to let him help with the gardening.

"I was bored pottering around the house and my wife wouldn't let me help out with the gardening, so applied for a job at McDonald's and I haven't looked back,” he explained – and that was nine years ago.


More like this:
Five HR lessons from Game of Thrones
8,000 Post-It notes and an incredible office make-over
Is coffee secretly sabotaging your success?