Safe and stylish - Starbucks’ have successfully shaken up their dress code. Is it time your company did the same? 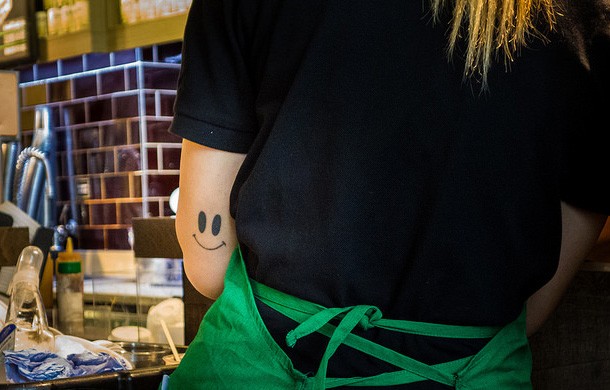 Lat
e last week, java giant Starbucks announced an overhaul in their employee handbook and HR professionals everywhere could stand to learn something from the successful shake up.

Catering to their millennial clientele, the once conservative coffee magnate has abandoned outdated rules against visible tattoos and untucked shirts in favour of a more liberal approach. But that doesn’t mean they’re sacrificing safety for style.

The company may have loosened its rules on appropriate apparel- black jeans, shorts and colourful ties are just some of the nuances now privy to Starbucks’ standards, but betrothed baristas will have to ditch their diamonds as a strict ban on rings with stones has come into play.

Starbucks explained the restriction, which also includes a veto on watches and bracelets, as a measure introduced to meet “food safety rules.”

So what can HR learn from the updated employee handbook? Well, firstly, Starbucks is updating their look in line with customer demand. A huge 40 per cent of Starbucks’ sales are made to customers between the ages of 18 and 24; customers who, if stereotypes serve us right, are more inclined to wear a less formal outfit.

And at 26, the average age of a Starbucks employee isn’t much older so, wisely, the company has taken the opportunity to improve everybody’s experience in store and the laxer attitude will no doubt boost staff morale.

The ban on bling is also commendable, more so from a health and safety point of view. The restriction reduces the risk of possible lawsuits – you never know when Captain Compensation could choke on a stray half carat in his coffee.

So, it’s a smart ‘two-birds-with-one-stone’ move from the coffee company, appeasing both employees and patrons in one fell swoop. Think carefully about anything your company could be doing to boost staff morale while simultaneously catering to your customer base.