Kooky companies that pay their office workers … to ski

Do you ever wonder if workers surreptitiously skip work to hit the slopes in winter? At some organizations, they do – and that’s just fine with the boss 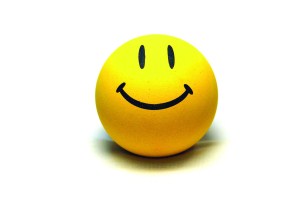 At
Colorado startup FullContact, you might not find everybody in the office after a fresh dump of snow. If anyone’s missing, you’ll probably find them in a mountain town, enjoying the brisk temperatures and smooth runs. That’s because the company has a Powder Day Policy: anybody can enjoy a day to rest and rejuvenate as long as they make up the time within a fortnight.

Sounds unique, but they’re not alone with the idea: Utah-based Skullcandy’s Powder Day benefits also allow employees to ski as much as they can, as well as providing subsidized season passes to two nearby ski resorts. Of course, the practice is also common for companies based in ski towns, and those in the ski industry, such as Burton Snowboards.

“Waking up to a foot of fresh snow (and plenty more coming) might have made for some cancelled meetings and an unproductive day at the office, but we all work pretty hard around here and riding is our best source of energy,” said Burton Snowboards founder and chairman, Jake Burton. The company closes its Vermont headquarters if two feet of snow falls in 24 hours, and describes its paid ride days as mandatory.

At FullContact, the policy began in early 2013 as a social experiment – and with no issues of abuse, the company has no intentions to cancel it yet.

“Interestingly enough – I guess this is a testament to the people we hire – people actually don’t use the policy all that often,” said communications director Brad McCarty, who believes the company’s generous perks allows it to cherry-pick from the most talented, engaged candidates. It’s this selectiveness in hiring that has prevented abuse.

“There’s always a risk that people will abuse it, but then that goes back to the hiring process,” he said.

He said it was reassuring for employees to know that if they did need a day to spend with their loved ones, it would be available to them. And because anybody taking a powder day must make up the day within two weeks, it costs the company nothing.

“If you calculate [ROI] by that standard, then it’s really a discount … you’re not having to constantly worry about turnover and hiring and training new people,” said McCarty.

You might also like:
NYC’s best place to work has staff turnover of nil over last decade
Pay vs culture: what’s the better retention tool?