Killing the corporate culture of coming in sick

Having unwell employees in the office is bad for business so what can you do to stop them showing up? 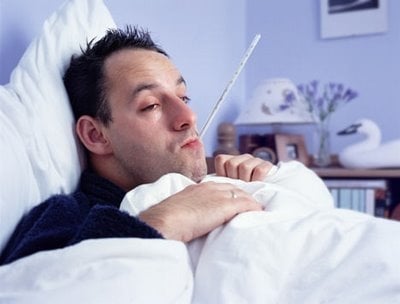 Ebola might not have breached our shores just yet but Enterovirus D68 claimed its first Canadian life last week and as the flu season approaches HR professionals should be increasingly wary of ailing employees who refuse to call in sick.

While the percentage of workers who say they would go to work with flu is at a five year low, a huge 60 per cent still said they’d show up sick, with 40 per cent claiming they feel like there’s too much going on at work to stay away.

More alarmingly, 31 per cent of employees surveyed said they’d come into work unwell because, in their opinion, their boss would appreciate it. The results reveal a significant disparity in workplace attitudes as, wisely, 88 per cent of managers said they encourage sick workers to stay at home.

And it’s no wonder- 36 per cent of the survey’s respondents said their personal productivity is less than 50 per cent of their usual level when they show up and, since it’s likely they’re contagious, they’re only increasing the risk of further unproductivity by infecting other employees.

So what can you do to kill the corporate culture of coming in sick? Firstly, attitudes need to change. Reassure employees that they won’t be berated for having a much-needed day in bed and share the statistics with them.

The flu accounts for approximately 17 million lost workdays every year, that’s billions of dollars in lost productivity, according to the Centers for Disease Control and Prevention.  Staying home would stop the spread and drastically cut costs for companies.

If that’s still not enough to sway your staff, try setting up reliable systems that allow them to work from home. If it’s really true that 40 per cent of employees are concerned about letting other team members down, a remote system would combat the issue.

It’s important to remember that just 25 per cent of businesses have a plan in place if a large percentage of employees become ill. If your company doesn’t, it’s even more vital that you educate your workforce on the ill effects of having poorly people at work.