Jail and fine for peeing in office coffee pot

One more thing for HR to worry about when mediating workplace conflicts – this U.S. employee went to extraordinary lengths to get back at a coworker 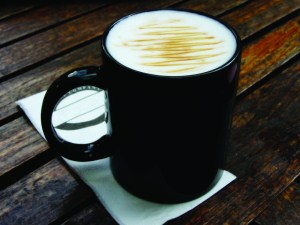 an style="color: rgb(0, 0, 0); font-family: Verdana, Geneva, sans-serif; font-size: 16px; line-height: 24px;">Just what HR needed, one more thing to worry about from disgruntled workers – and this one needs a biohazard label.
James Carroll Butler, from Virginia, was sentenced to a year in prison and fined $5001 in damages after pleading guilty to putting urine in the office coffee maker. According to court documents, Butler used an empty soda can to scoop urine from a toilet into the office coffee pot at the water treatment plant where he worked, hoping his coworker Michael Utz would be the one to drink the tainted brew.   While Utz was the next person to use the machine, he did not drink the coffee because "he was hit with a strong smell of urine, observing fluid already inside his coffee pot that he had not put in there."   Utz told his supervisor, who suggested testing the liquid at a lab. The results came back positive for urine and feces. Butler confessed to the crime the next day.   "I am very much ashamed of my stupid and childlike behavior," Butler wrote in a letter. He added that the was action was "stress-related" and he regretted what he had done.   Butler was fired from the plant, where he’d worked for 17 years.