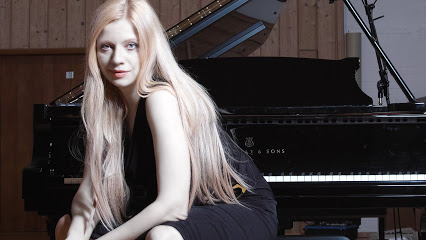 The
Toronto Symphony Orchestra’s decision to cancel performances by pianist Valentina Lisitsa has been publicly condemned by civil rights advocates who say her views are entirely unrelated to her employer.

Ukrainian-born Lisitsa regularly uses Twitter as a platform to voice her pro-Russian views on the civil-war currently raging in her home country but the TSO say many of her tweets cross the line into “intolerance.”

The orchestra’s president and CEO, Jeff Melanson said Lisitsa has been replaced due to "ongoing accusations of deeply offensive language.”

Canadian employers are well within their legal rights to discipline and even dismiss employees whose social media posts bring the business into bad repute.

“When there are public statements made or a public action is taken that clearly reflects poorly on the company or employer then employers do have the ability to exercise discipline,” employment lawyer Brian Wasyliv told HRM.

However, the move, which has sparked widespread controversy, has not gone down well with civil rights activists.

Cara Zwibel, director of the fundamental freedoms program for the Canadian Civil Liberties Association, says Lisitsa’s views have no impact on her ability to do her job.

“It's hard to see the connection between what she said and what the duties of her job are and how it would affect it," she said.

"If the idea is just that the orchestra wants to avoid controversy, I don't find that a particularly compelling reason. The fact that maybe there would be some people protesting is, again, not a reason to let her go," she added.

Zwibel also voiced concerns over what this means for the relationship between employers and artists.

"I think there is a problem with the message that this sends to artists that they may have trouble getting jobs or keeping jobs if they express views that are unpopular or controversial," she said.

CEO Melanson has since defended his controversial decision and said; “As one of Canada's most important cultural institutions, our priority must remain on being a stage for the world's great works of music, and not for opinions that some believe to be deeply offensive.”

Do you think TSO has the right to cancel Lisitsa’s performances because of her political insensitivity? Share your thoughts below.