Is it time to kill the Christmas party?

New research suggests it might be best to make this year’s Christmas bash your last – for employees and employers. 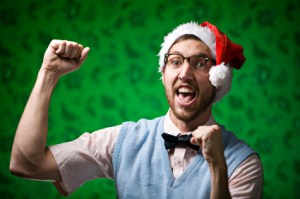 an style="line-height: 20.7999992370605px;">So how did the Christmas party go? Stunted and slightly-awkward or an all-out affair filled with drinking and debauchery? Whichever one it was, it’s likely you’re already dealing with the fall-out - so why do we do it year after year? Well, according to recent research, there really is no reason to keep putting on Christmas parties. Career Builder’s annual holiday survey found that 96 per cent of workers would prefer a holiday bonus over a company party. However, the survey found that despite the overwhelming preference, more employers than ever planned to throw a Christmas party. 63 per cent of all employers surveyed said they were planning a Christmas party, up from 59 per cent in 2013 and 60 per cent in 2012. In contrast, just 40 per cent of workers said they would attend their workplace celebration. Did you decide to ditch the festive revelry this year and will you do the same again?