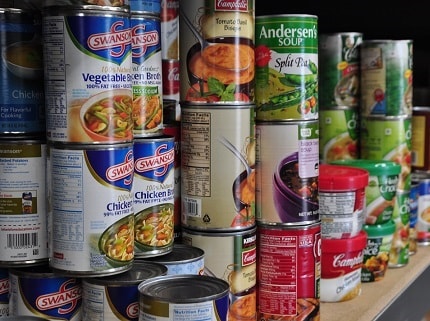 (Bl
oomberg) -- To boost its bottom line, Sprint decided last week to end the era of free office snacks for its employees. The move represents a tiny fraction of the struggling telecom's effort to cut $2.5 billion from its total operating expenses. Axing the free food will shave $600,000 from the budget. But at what cost?

"They would never have given the snacks to begin with if they didn’t think it was helping boost productivity somehow," said Andrew Chamberlain, chief economist at Glassdoor, the job- review website.

Organizations eager to save money tend to get creative, and gratis office treats can seem like just the kind of frivolous expense a company entering a phase of austerity should reconsider. To curb expenses, for instance, Kraft earlier this summer yanked its free cheese sticks and Jell-O cups. But the economic case for offering free snacks outweighs the relatively puny savings—and once a workplace gets hooked on snack, it can't really go back.

Only 22 percent of offices provide free snacks and beverages, according to the Society for Human Resource Management's 2015 Employee Benefits Survey. (Bloomberg LP is counted among the free-food employers—there's an ample snack pantry here stocked with everything from fresh fruit and granola bars to potato chips.) In the majority of the working world, employees have to fend for themselves.

From the most cynical point of view, however, this isn't just a case of corporate largesse. Snacks keep workers in the office working instead of out foraging for sustenance during working hours. A 2011 study from Staples found that half of all workers left the office to get snacks at least once a day, with some people making as many as five trips to get their munchie fix. Snack runs account for 2.4 hours in productivity losses, according to the study. It should be noted, of course, that Staples and your boss have a shared interest in keeping more people in the office.

"[If] people had food there, they are likely to stay longer—you have higher productivity," said Ken Oehler of Aon Hewitt, an HR consulting firm that, among other things, specializes in employee engagement policies.

The cost of shedding free snacks goes beyond lost productivity. An office that once had snacks puts itself at risk by eliminating the perk. "These small perks, they may be small in dollar amount, but they can be highly symbolic," said Chamberlain. "They have this image as a gift, pulling it away can have a psychological effect that far outstrips the dollar amount."

Snacks, like many perks, exist to boost "employee engagement," HR jargon for an employee's emotional investment in their job. Many studies have linked high engagement with bottom- line success, finding that employees work best when they care about their job and their employer. A 2012 Towers Watson study found work environments that promote the physical, emotional, and social well-being of employees at the highest level had much higher one-year operating margins than those without engagement policies of any kind.

Employees accustomed to the perk can feel burned if it's taken away. At one Aon Hewitt client, for example, taking away free lunch "greatly demotivated the staff," according to Oehler. At another company, Aon Hewitt found that completely taking away free food would have caused a such big deterioration in engagement that the cost savings couldn't be justified. "Even though it might not be a lot of money," Oehler said, "the question is are you getting the ROI [return on investment] on snacks."

Cutting something so visible can send a loud, shrill signal to employees. "There's an old saying where they say the goal is to pluck the feathers from the bird with the least amount of squawking," said Chamberlain. The less visible the cuts, the better—even if it means taking money out employee pockets. "Changes to contributions to employee retirement plans," he suggested as a less disruptive cut than emptying the snack larder. "These are highly obscure from a worker standpoint." You know what's not obscure? The daily hunger pangs that remind snackless employees of what they once had.

Should you ever ask an employee to resign?
Is the gender wage gap a myth?
Post-graduate study: To fund or not to fund?