Are your company’s bright sparks under-achieving? It might be time to take things back to basics. 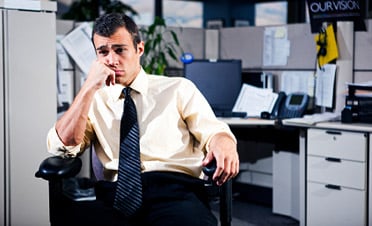 Wha
t do you do if even your company’s most intelligent employees are underachieving? Well, according to professional training expert Jodi R. R. Smith, it might be time to take things back to basics.

“What came up time and time again was that these are really smart individuals, and most of them were very good at doing their jobs, but they were having a hard time doing their jobs with other people.”

Sound familiar? If your academically accomplished team are lacking in key social skills, it’s no doubt going to have an effect on your business.  To combat her company’s problem, Smith held seminars teaching ‘new skills for emerging leaders’, or less elaborately, business etiquette training.

The idea took off and as she moved around in her career, former employers kept calling Smith back for more coaching, having noticed the invaluable effect improved interpersonal skills have on business.

Spotting a gap in the market, Smith finally stepped away from HR in 1996 to establish Mannersmith Etiquette Consulting. The company now runs a wide variety of seminars that cover everything from mastering the perfect handshake and maintaining eye contact to network mapping and navigating office politics.

It might seem straight forward to some, but Smith is certain that more and more young professionals are lacking the essential social skills needed to succeed in the workplace.

“People’s interpersonal skills have really gone downhill,” says Smith, “things that people used to graduate from college knowing how to do, like shake people’s hands and look them in the eye when they’re having a conversation, I now have to teach them the real basics before I start teaching them the higher level interpersonal skills.”