The Swedish furniture giant has become the first national retailer to offer all UK employees the recognized living wage. 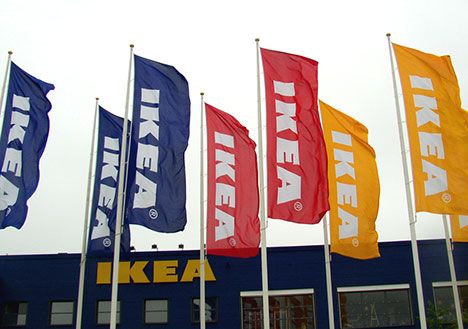 IKEA announced earlier this week that it would be paying all UK employees – including those under 25 – the recognized living wage. In doing so, they become the first large national retailer to make such a commitment.

“Introducing the living wage is not only the right thing to do for our co-workers, but it also makes good business sense,” explained a representative for the iconic company. “This is a long-term investment in our people based on our values and our belief that a team with good compensation and working conditions is in a position to provide a great experience to our customers.”

Bosses say the new policy will be introduced in 2016 and approximately 50 per cent of the UK workforce – or about 4,500 employees – will see their wage increase.

UK workers aren’t the only ones benefitting from IKEA’s benevolence – the company announced last month that it would also be increasing the minimum hourly wage for US workers by 10 per cent.

Rhys Moore, director of the Living Wage Foundation, heralded the move:  “The experience of the campaign throughout has been that you need a first mover in every sector,” he told the Guardian. “This opens up some fruitful conversations with others who have said this is impossible in retail and it can’t be done. It can.”