A new provincial labour board decision on whether an employee’s violent outbursts are dismissal material holds valuable lessons for HR. 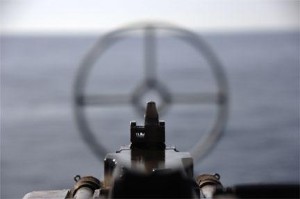 Wha
t would you do if an employee said “It would really feel good to kill someone today”? What about “Don’t worry about me, I carry weapons.” According to the Ontario Labour board they warrant discipline, but not dismissal.

Wendi Allen worked for Hydro One for five years, experiencing sexist comments and being “talked down” to throughout her employment, the board summary said. Allen had a strained relationship with one of the foremen and at one point made the “weapons” comment, claiming later that she was referring to the tools she carried. The same day in a meeting with her supervisor and union representatives, she complained again about the foreman and said that she "had a knife".

An investigator found that the employee had made "violent comments" and was emotionally unstable.

The OLRB decided that the employee's comments "could reasonably be interpreted to constitute a threat to exercise injurious or potentially injurious physical force."  However, there was nothing premeditated about the threats and there was no previous pattern of threatening conduct on her part. She was "guilty of having engaged in violent threats, but in comparing them with the kinds of behaviour in the cases cited to me by both parties, her comments were at the lower end of the spectrum."

The OLRB did not believe that the employee was likely to repeat "such extreme conduct" or that she was a threat to the safety and well-being of other employees.  The dismissal was, therefore, excessive.