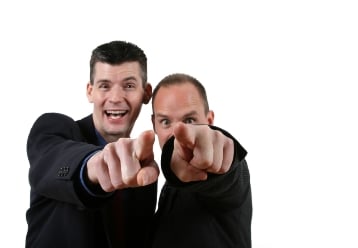 The
HRD of a UK-based manufacturer has caused controversy after insisting alleged racist and homophobic jokes made by employees were no more than “harmless banter.”

Addressing a former employee’s official complaint of harassment on the grounds of race and perceived sexual orientation, group head of HR Julie Hunter told a tribunal that there was no “culture of racism” within Euro Quality Coatings but admitted banter was commonplace.

“Jokes go on – they are not directed at anybody,” she told the tribunal. “You get them in all work places. The message that kept coming through was that it was banter – nothing malicious. It was harmless banter.”

“The homophobic, racist, paedophile and other sexual abuse or ‘jokes’ continued until just before my dismissal on around a weekly basis,” he wrote in a statement. “I continued to complain verbally to my managers, albeit on a less frequent basis... when I simply gave up.”

Among Owens’ claims: “The reaction was the same - they would ‘get it sorted’ or it would be laughed off,” said Owens. “The matter was never ‘sorted,’ other than the Swastikas being removed from the toilets, although they continued to appear on pieces of paper.”

HRD Hunter denied the allegations and described Owens as a “cocky and manipulative individual with an opportunity to make some money.”

The lawyer representing Euro Quality Coatings also expressed concern over Owens’ inconsistencies – some allegations were absent from the Scott Schedule, a table setting out certain information about his claim.

“It makes it look like it’s not true,” said Gareth Graham.

“They’re certainly contradictory and inconsistent,” he added. “You have come to this tribunal complaining of harassment and two of the things you have mentioned are not in the Scott Schedule,” he told Owens.

“All you’re being asked to do … is to set out what you say people said,” he continued. “To report what they said, not what they meant by it, and there have been a number of occasions where your ET1 [another legal form] is inconsistent with the Scott Schedule.”