Baby boomers are a big deal – handle their retirement wrong and your business could suffer. Here’s how to do it the right way. 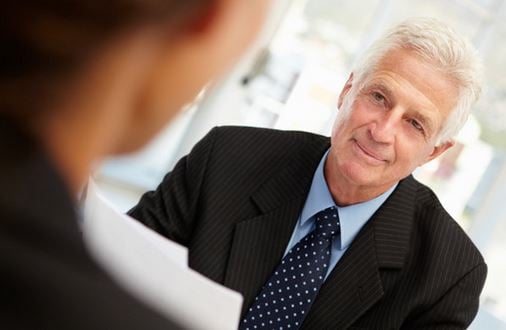 The
long anticipated aging of baby boomers is an ongoing problem for many Canadian employers – handle the retirement rush wrong and your business could seriously suffer.  Here, HRM sought one employment expert’s advice.

“The strongest single force, that’s a slow-build and will roll out over the next 20 years, is the demographic shift in our workforce – the well noted and well documented – aging of the baby boom,” said Professor Rafael Gomez.

As the associate professor of Employment Relations at the University of Toronto, Gomez certainly isn’t underestimating the impact baby boomers will have on our employment landscape – and you shouldn’t either.

In 2014, roughly 1 in 5 Canadians were at or near the typical retirement age of 65 – this number is expected to grow over the next decade to 1 in 4.

But that doesn’t mean employers should necessarily be preparing for a mass exodus – numerous surveys have found that the majority of Canadian baby boomers expect to delay retirement by several years – so managers should be more concerned with accommodating an aging workforce.

So how can HR managers handle the situation?

“It’ll be dependent upon what industry they’re in and what careers we’re talking about,” says Gomez.

“For some industries and sectors, having the older pool of knowledge in the workplace is a huge asset – the industry memory, experience and wisdom that that leadership can provide,” he said, “but in other industries, it can cause friction.”

Previously, employers were permitted to discriminate against employees who were under the age of 15 or over the age of 65 – but the older age cap has now been abolished and transitioning senior staff members can be problematic.

According to Gomez, there are two ways to do it – a right way, and a wrong way.

“A lot of workplaces struggle,” admits Gomez. “They make tough decisions, but good decisions, and give people a plan of phasing out retirement or offering to buy out their contracts and give them due notice.” It’s much more focused on being open with employees.

“But other times they’re sneaky and announce layoffs to pick-off older employees,” he added.

For employers who want to help themselves and their employees – the right way, and the open way, is the only way.

“At every sector, whether you benefit or you’re not benefitting from having baby boomers in the workplace for longer, you gain from having this discussion,” insists Gomez.

According to him, scored of valuable baby boomers choose to retire because they didn’t know what other options were open to them – whether it be flexible working hours or a reduced schedule.

“In one fell swoop you’ve lost that person when you could have had their expertise around longer to mentor someone who will take their place,” explains Gomez.

“On the flip side, organizations that don’t have a plan are frustrated when they can’t seem to phase a worker out.  Resorting instead to making that worker miserable, hoping they will resign.”

That can all be avoided if employers have this discussion with employees and put these plans in place, says Gomez.

In April, Professor Rafael Gomez will be discussing an array of economic, demographic, technological and social forces that are bringing change to Canada’s workplaces.

Find out more about the upcoming HR Masterclass, here.