This international HR blogger has harsh words for a corporate HR manager whose policy is doing more harm than good. 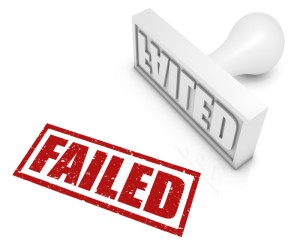 Bal
ancing an employee’s need for occasional time off with the needs of the organization can be tough – too lenient and you risk serious abuse of the system, too strict and you’re costing your organization in productivity and long term results.

Suzanne Lucas, known online as the Evil HR Lady, had severe criticism for one HR pro who contacted her with their sticky situation.

The letter writer’s organization had an unusual system for tracking lateness and absenteeism:

The attendance policy at my job states that if an employee is at least one minute late up to an hour, then they receive half an occurrence or point, and if they are an hour late or more then they receive a full point. They also receive a full point if they leave early and do not complete at least four hours of work. This leads up to termination, at eight points. I have an employee who has managed to get himself up to six points. One of those points came from us sending him home for vomiting from being sick with the flu. I know we are allowed by law to send him home, but he is protesting that we are not allowed to send him home early for being sick when he is willing to work and to give him a point at the same time.

“Do you see what is happening here? Is this achieving what the architect of this policy wanted?,” Lucas responded. “Employees that are so concerned about getting fired over attendance that they come to work when they are vomiting? Is this what you want?”

Parents whose children would be sent home from school or daycare if they were sick would save their days of leave, or “points” for when their kids were sick, rather than taking the time off to care for themselves. This not only meant they came to work when they were unlikely to be productive, but also that they spread the same germs around the office thereby infecting their colleagues as well.

Lucas also took the policy to task for punishing an individual equally for being one minute late as 59 minutes late, suggesting that with that policy she would likely be in no rush to get to the office once she knew she was going to be a minute late, perhaps stopping to run errands on her way.

“If you have a problem with an employee repeatedly coming in late, deal with that,” she said. “Making policies such as these are masks for good management. Yes, it makes sense to have a policy about tardiness and a policy about attendance, but make sure these policies encourage the behavior you want, not the ones you don't want.”