HR looking for candidates in all the wrong places?

The divide between the use of social media by Canadian job hunters and its use by HR recruitment specialists may in fact be more of a chasm, according to a new study suggesting headhunting efforts are nonetheless poised for a sea-change. 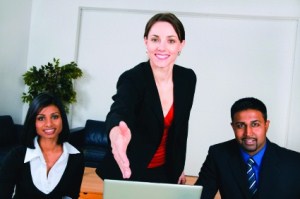 an style="line-height: 20.7999992370605px;">The divide between the use of social media by Canadian job hunters and its use by HR recruitment specialists may in fact be more of a chasm, according to a new study suggesting headhunting efforts are nonetheless poised for a sea-change.   “Despite the popularity of social media among professionals, Canadian employers fall well-short in their effort to connect with and attract qualified talent,” said Rowan O’Grady, president of Hays Canada. “In an economy that suffers from a skills shortage, it’s crucial that employers carefully evaluate how they’re engaging online.”   Nearly 100 per cent of Canadian professionals and skilled individuals are on at least one social media network, according to Hays Canada’s first-ever Where People Are Guide. Add to that, more than half are using those platforms in their job searches.   It’s a remarkably different story on the recruiter side, with only 23 per cent of employers telling researchers they use social media to find talent. The results are based on a national poll of more than 1,000 hiring managers, human resources professionals and candidates.   Conducted this past summer, the Hays Canada poll evaluated the strategies and types of digital tools Canadian companies use to attract talent and where people search for work online. While employers tend to favour generic online job boards, post-secondary career sites and traditional online ads, candidates gravitate to social media such as LinkedIn, Facebook and Twitter. The same poll also uncovered that the small number of employers who do use social media often miss their target by posting jobs on consumer-oriented channels.      Not surprisingly, employers say their efforts to fill positions via consumer sites often translate to negative results. Two-thirds of candidates sourced through social media are not an ideal fit and are considered ‘mediocre to poor’ at best. A further 22 per cent are deemed “very poor.”