HR leaders have something to learn from Prince Albert police

HR is occasionally, unwillingly, referred to as the fun police but leaders should take note of Saskatchewan officers’ new initiative. 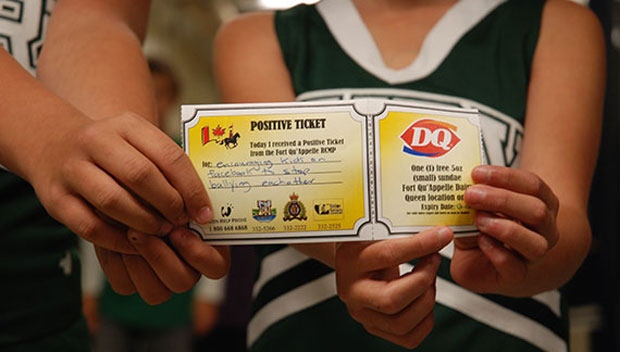 HR
is occasionally, unwillingly, referred to as the fun police –we’re the regulators of the workforce and, much like the real police, we’re not always popular. However, HR leaders could actually stand to learn something from a new police initiative taking place in Prince Albert.

As of last week, officers in the city have been armed with ‘positive tickets’ to reward young residents for “doing something to better the community or themselves.” The ‘tickets’ are issued alongside coupons or gift certificates that can be redeemed at local businesses.

According to Sgt. Brandon Mudry, examples of positive behaviour to be rewarded include participating in community activities, deterring crime or bullying situations, observing school zone rules and demonstrating community pride by picking up trash or shoveling snow off a public sidewalk.

Rewards range from items such as French fries, burgers, and ice cream cones to experiences like a Raider’s game or film screening.

Okay, so the concept of employee reward schemes is hardly groundbreaking but Prince Albert Police Service’s Positive Ticketing Program seeks to do more than just reward good behaviour – its aim it to encourage a more open dialogue and develop a rapport with young citizens.

"Hopefully it will give them a chance to come be more approachable to us, communicate with us and talk to us down the road," said Constable Rob Lindsay.

Incentive schemes can be a controversial topic with employers and employees alike – they often reward the best and demotivate the rest – but if HR leaders can take leaf out of this police force’s book, it might encourage a different outcome.

If HR avoids results based awards and focuses instead on rewarding employees for “doing something to better the community or themselves” then the initiative will foster a more positive work culture rather than rewarding only your very highest achievers.