HR’s best and brightest have a weak spot according to new research, which shows the function is failing to prepare well for whistleblowers. 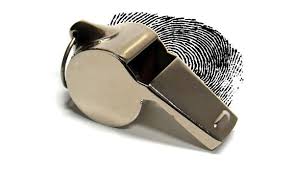 an style="line-height: 20.7999992370605px;">The human resources function is failing to prepare for or support the majority of whistleblowers, putting companies at risk of more dire problems in future.   New research from UK charity Public Concern at Work (PCAW) has found 80 per cent of workers who identify themselves as whistleblowers had suffered some form of reprisal at work following their efforts to ‘blow the whistle’   Fifty per cent of whistleblowers were either forced to resign or dismissed following their claims, PCAW reveals, while in the majority of cases an employer’s response was to deny or ignore whistleblowers’s concerns.   The survey, which combined data on 2000 working UK adults, found that only 33 per cent of identified whistleblowers had experienced a positive reaction.   PCAW policy officer Andy Parsons put the blame for the results firmly on HR, saying the function is failing to put in place good policies and procedures.   “This includes knowing which best practice policies to follow. Whistleblowers are protected by law, so if HR is dismissing people, they shouldn’t be doing that without proper reason,” Parsons told People Management magazine.   “What HR professionals should be doing is making sure there is a culture of protecting all who raise concerns, including reassuring those that are minded to raise concerns, that their issues will be supported and acted upon by those at the very top of the organisation,” Parsons said.   The PCAW report implies the need for better whistleblowing frameworks, as 81 per cent of respondents say they would raise a complaint if necessary.    “Good employers should see whistleblowing as an early warning system about areas of concern in their business,” Parsons said. “The more whistleblowing becomes normalised – and is simply a process for referring improvements – the less people see it as dramatically 'unmasking' improper processes.”   PCAW says whistleblowers uncovered by the research were largely normal people who wanted to suggest improvements, rather than ‘campaigners’.   HR teams that fail to implement good whistleblowing architecture were putting their companies at risk of damaging exposures in future, Parsons said.   “We know that when firms do implement fair whistleblowing processes, it acts as a deterrent to other bad practices happening, because colleagues won’t want to be investigated,” he told People Management.   According to the PCAW’s latest data,  less than half of companies (48 per cent) have a whistleblowing policy in the UK.   PCAW chief executive Cathy James said while the perception of whistleblowers in society is increasingly positive, more staff are unwilling to speak up, despite data that suggests they would do so if required.                            “This must, in part, be due to the lack of awareness around legal protection and the fact in reality whistleblowing is still a risky activity for a large number of our clients,” she said