HR Leader of the Year tells all 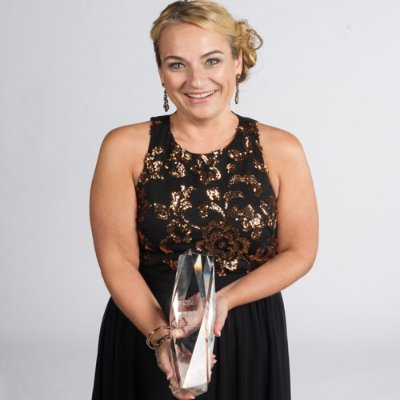 When Sherri Wright-Schwietz heard her named called at the Canadian HR Awards Gala in Toronto, she was in shock.

"On the walk up, I kept thinking to myself, did they say the wrong name?" says Wright-Schwietz, Head of Talent and Mastery for ATB Investor Services, the wealth management arm of Alberta-based ATB Financial.

"When the presenter handed me the award I said, 'Are you sure?' She showed me the piece of paper and asked me if that was my name. I said, 'Yeah.' So she said, ‘Make a speech!’”

Wright-Schwietz claimed the Canadian HR Leader of the Year award for her work to champion transformative initiatives, implement new or improve existing strategies and demonstrate leadership through staff training and development. Wright-Schwietz edged out finalists from seven other organizations across Canada for the award.

"For me, it was a huge, proud moment for ATB and Alberta," says Wright-Schwietz. "We never get the big kudos nationally. We're just this little company doing these amazing things, but nobody knows. For everybody in Toronto to be talking about ATB is pretty special. This award represents all the great work at ATB and it's a moment for all of us."

Of the initiatives she's worked on, Wright-Schwietz is most proud of ATB's Workplace 2.0, which created a flexible work environment for team members, including when and where they do their jobs. ATB team members are actually encouraged to work from home if that's what best suits their lifestyle.

"Sherri's passion for innovation and linking the right and left brain learning is something I appreciate," says Rubis. "Not only is she an exceptional human resources professional, she's a respected and innovative business leader."

Wright-Schwietz isn't about to rest on her laurels. She's ready to tackle human resources issues she feels are about to become prominent in the very near future, such as addressing workplace bullying and evolving flexible work environments for the next generation of employees.

"How they interact, how they do their work, how they form teams, will be completely different from the current generation," says Wright-Schwietz. "We're just going to have to be so different in our thinking going forward. ‘One size fits all' does not work."