A human resources director has won US$1 million in damages after a court found she was wrongfully fired for simply doing what she was paid to do. 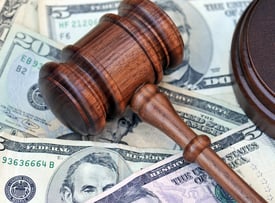 an style="line-height: 20.7999992370605px;">For a HR director, checking up on an executive assistant getting paid US$79,000 a year despite rarely being seen in the office would just seem like part of the job. In fact, that HR director might see no problem with informing that executive assistant’s boss - in this case the ex-Mayor of the city of Edmonds, Wash., Mike Cooper – that she had concerns over the employee’s working hours and pay.   However, what Debi Humann didn’t expect was that, for tyring to ensure taxpayer funds were being wisely spent – something she had been doing for 12 years as HR director in Edmonds until 2011 - she would be fired and defamed.   But that’s just what happened.   The U.S. District Court in Seattle released a final judgement this week awarding US$1 million to the former HR director for wrongful dismissal and defamation.   At trial, it emerged that former-mayor Cooper’s executive assistant – Kimberly Cole – had been the subject of repeated complaints by other staff, due to her abuse of sick and vacation leave. She was also rarely in the office, despite her pay packet.   A jury heard that Cole – in addition to her duties as Cooper’s executive assistant – also managed to find time to be an elected City Council woman in neighboring Lynnwood, a local hospital commissioner, a law student  and a single mother.   Her various responsibilities still left her time to remain “close personal friends” with Cooper, “with a deeply enmeshed personal and professional relationship” standing between the two, according to allegations in court documents.   Following Humann raising the issue of Cole’s timesheet discrepancies she was fired by Cooper, who announced the move to the public in an accompanying press release that claimed he had no confidence in her abilities.   To add insult to injury, she was later reinstated – only to be fired again by Cooper’s successor – in an action that Humann alleged in court was designed to give Edmonds’ council legal cover for firing her the first time around.   A jury concluded her termination was in violation of public policy, her First Amendment rights, and that she had been defamed in the media. The compensation included $535,351 in back pay and lost future income and $500,000 for impairment of reputation and emotional distress from defamation.