How to manage a virtual workforce

We talk to one CEO whose entire company works completely from home, and cites a retention rate of nearly 100% 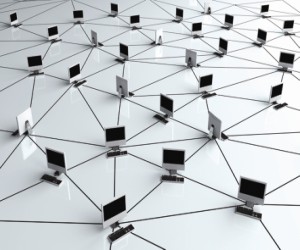 Tel
ework is all the rage right now, but for companies that haven’t ventured into it, it can be intimidating. While the benefits – savings, worker satisfaction, greater talent pool – are obvious, the stumbling blocks, like management, can be too much for many companies.

We spoke with Kim Shepherd, CEO of Decision Toolbox, for her tips on running her 100% virtual workforce of about 100 employees across the country.

“I’d like to say that it was strategic in the beginning,” she said, “but it wasn’t.” The calendar had just turned to 2002, and the economy was struggling. Shepherd’s competition was going out of business and Decision Toolbox was about to do the same. The decision to switch to telework was purely a survival one.

“This was 2002 and no one was doing this,” she said. “I’ve always considered myself a bit of a master of culture, so this was going to put me to the test, because how do you create a loving, warm team environment virtually?”
Of course, it took time to adjust as a CEO. Early on, it took time to understand what it felt like for employees to go from the traditional working structure to the potential isolation of a home office.

“I did have some casualties of some people I really, really wanted to keep,” she said. “I didn’t have enough infrastructure to keep the people I wanted.”

Now, the company is largely set up in regional hubs so that staff members can congregate monthly. But there’s also formal digital interaction in the form of ‘pods’. “I want everybody in my organization interacting on a weekly basis for one hour, one day a week,” said Shepherd. “I don’t want anyone to feel like they’re on an island.”
Pods include about five people each, and “they Skype or conference call, and talk about their issues: what they did, mistakes they made…it’s a touching base meeting.”

Then, there’s an annual get-together in person every October, which Shepherd describes as a “big love fest, because they know each other, but they’ve never met.”

But the most important success factor is culture, said Shepherd, who claims a retention rate of nearly 100%.
“If you want to keep them, you have to create a culture, and you can’t do that accidentally,” she said. “I make sure that 20% of my time is spent thinking about the cultural construct of my company.”