How to handle chronic complainers

Open feedback at work should be encouraged – but what can HR do when employee complaints are unrelenting? 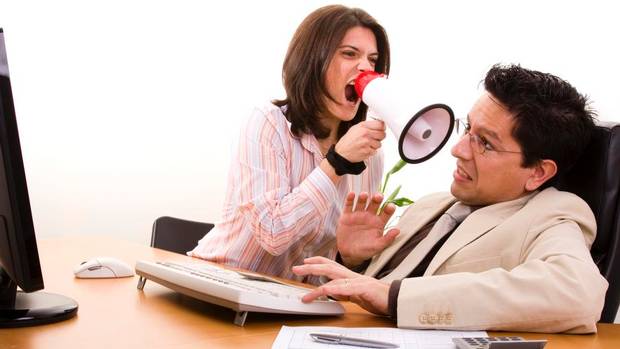 Add
ressing a constant stream of inane complaints can make an HR manager feel more like a baby-sitter than a business professional – and it can have a serious impact on staff morale – but how can you tell your employees to stop the trivialities when it’s your job to hear them out? One HR expert has some advice.

“You want your staff to come to you with concerns, and you should hear them out with an open mind,” says Alison Green. “If you think their complaints are reasonable, it's important to do what you can to resolve the issues, including sharing them with people above you if you don't have the power to address them yourself.”

However, if there’s nothing that can be done to resolve the problem, then constantly complaining about it just isn’t productive. It’ll sap you of your time and, eventually, it’ll create a toxic working environment.

“You need to make clear that chronic whining and complaining isn't going to fly on your team,” she asserts.  “Let them know you will hear them out once about a concern. But you won't allow them to poison your team's environment by complaining about those same items over and over.”

If employees continue to complain about matters that are beyond your – or your superior’s – reasonable control, Green says you need to address the issue head on.

“Explain to them (individually, not as a group) that the things they're frustrated by aren't going to change, that you can't be constantly battling over them, and that they need to decide whether they can be happy in their jobs knowing that, because continuing to complain about the same things is not an option,” explains Green.

Green reminds managers that it’s their responsibility to establish clear standards of behaviour and take action when those standards aren’t met.

“Lay out your expectations and hold people to them,” she urges. “That doesn't mean firing someone for one or two complaints – but it does mean being firm about what is and isn't acceptable behaviour, pointing it out when lines are crossed, and addressing it if there's no improvement.”

According to Green, when managers address the situation, they should be striving for a “matter-of-fact” tone; “not angry, not pleading, not defensive, just matter-of-fact about the idea that the team's behaviour has become disruptive and needs to be resolved once and for all.”

“The underlying subtext should be that while you genuinely hope team members will decide to meet the standards and stay, you are willing to let them go if they don't improve,” concludes Green.