How to balance being liked with being respected

HR professionals can damage their credibility if they place too much importance on being liked, warns one industry expert 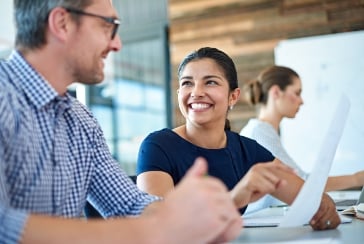 Mos
t leaders would prefer their employees to like them but it’s not the be-all and end-all for HR professionals, warns one industry veteran, who says earning the workforce’s respect is far more important.

“You gain respect by the quality of your advice and your ability to present a balanced view – much more so in HR now than you many years ago when it was simply about firefighting and placating people,” says Halogen software’s VP of HR, Dominque Jones.

Jones also stresses that HR professionals must “talk the walk” if they want to be respected by their workforce.

“Your actions have to support what’s coming out of your mouth,” she told HRM. “That’s not just in HR, that’s for anybody – especially anyone in a leadership position.”

Ontario-based Jones added that HR professionals failing to practice what they preach would soon lose the respect of their employees.

But being liked and being respected aren’t mutually exclusive, insists Jones.

While Jones admits she would never form close friendships at work or invite colleagues to socialize on the weekend, she says she can still share personal stories and jokes with her team – from managing difficult parents to troublesome teens.

She also stressed that HR professionals should try and dispel the out-dated myth that the industry isn’t up for having any fun.

“There’s no reason why you as an HR professional can’t let your hair down,” she told HRM, admitting she’s engaged in an office lip-sync battle or two.

Of course, there is a limit – and HR professionals who have strayed too far into the “being liked” side of the spectrum might have a difficult time regaining their employees’ respect, warns Jones.

“I think if you’ve had your employees’ respect and you’ve managed to lose it because you pushed the boundaries – that takes longer to earn it back,” she said.

“I would say – and it takes a lot of courage to do this – but being upfront about that and acknowledging you made a mistake might be the best way forward,” she advised.