How soon is too soon to sack that terrible new hire?

Give them another chance or get them out the door – one leader has some tips on telling the difference. 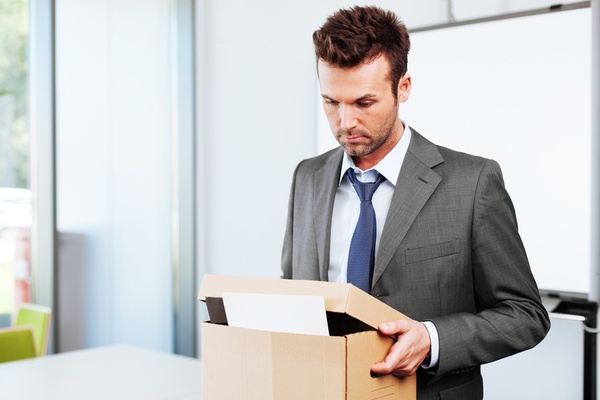 Whe
ther they take a little too long to adjust, have a habit of making the same mistakes over and over again or just aren’t meeting your expectations – there comes a time when you have to hold your (not-so) new hire accountable.

So when is the right time? Striking a balance between damage control and giving new recruits a chance can be hard – some people are naturally slow learners or struggle to settle in but once they’ve got it, they’re great.

Well, according to a survey of 500 HR professionals, eight months is the ideal time limit for new hires to prove their worth. However, the same survey found that nearly 30 per cent of companies think its takes a year or more for recruits to reach full productivity.

But business coach Andre Lavoie says it’s not about time – employers simply have to consider four things when figuring out if that new hire deserves another chance. Initially, new hires probably won’t be able to handle the same workload as seasoned employees but that doesn’t mean they should be missing their own deadlines.

“Start them off with a task or two on their first day and slowly build up their workload as the week progresses,” advises Lavoie. “Giving new hires a few small, manageable tasks from day one will help them to get their feet wet and better prepare them for a typical workload later on,” he continued.

If they struggle with a significantly lighter workload, it’s an early indicator that they won’t adapt as well.
While deadlines are important, the quality of work shouldn’t be compromised in order to meet them – “Speed doesn’t necessarily correspond with quality,” confirms Lavoie.

“For new employees who might still be struggling to reach the productivity level of existing employees, make sure they clearly understand the job expectations […] and try providing them with reference materials or work examples that clearly outline what’s expected,” he advises. “One sure-fire way to tell a new hire can stand on their own two feet is their ability to prioritize tasks,” says Lavoie.  “A new employee who is truly self-sufficient doesn’t need to be told what to work on at the start of each day – they know.” Perhaps the most important thing to consider when reviewing a new hire is your own communication skills.

Lavoie says that employers that don’t communicate with new hires are doing themselves – and the new worker – a disservice.

Establishing a solid system of communication means any issues can be identified early and training can be put in place to help the new team member succeed.

“Keep up regular communication with new hires during the first few months on the job. Regularly meeting with them can help both parties identify areas that may still need some work. Additionally, remind current staff about their roles in welcoming new hires and helping them live the cultural values and vision,” concludes Lavoie.