How many CEOs are too many?

Chipotle is discovering how a co-CEO arrangement may be hurting its business. We look at the pros and cons of having two or more CEOs 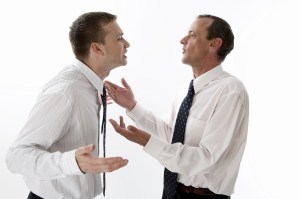 Is
Chipotle’s co-CEO structure hurting its business? That’s the message shareholders have sent in its annual meeting last week. The company will be conducting a formal review into the pay structures for its top executives after 77% of shareholders voted against the company’s executive compensation plan.

What makes Chipotle’s structure so unusual is that the company is operated by two CEOs, friends and business partners Steve Ells and Monty Moran. And double the CEOs means double the compensation costs: Ells received $25.1million last year, while Moran earned $24.4million.

While it’s uncommon for companies to appoint more than one CEO, Whole Foods and Deutsche Bank have been steered by two for years. And at Samsung, three people share the role. But it does have its pitfalls, warned Equilar director of governance research, Aaron Boyd.

“Some governance experts have argued against the use of co-CEOs because of the potential disagreements that may exist between them and not having one specific person to go to (when you need) to make the final decision,” he said.
For companies that have seen successful co-CEO arrangements, it’s often been because the individuals have worked with each other well in the past. It may not work so well if they’re not already close business partners, said Boyd. “The thing you have to avoid is making sure there isn’t a power struggle and one doesn’t try to undermine the other,” he said.

And for HR departments in companies that are considering co-CEO arrangements, there are some interesting issues to consider.

“Companies do have to make a decision about whether or not two CEOs are going to be paid the same, and what sort of incentives are in place to motivate them,” said Boyd. “And also, how are you going to measure success? Because if they have different responsibilities, you may need to use different measurements.”

While it remains to be seen whether Chipotle will change its twin CEO structure, HR software company Workday announced its decision to pare back to one CEO just last week. Since 2005, Workday founders Aneel Bhusri and Dave Duffield had served side-by-side in their roles, and even drove the company to float on the New York Stock Exchange in 2012. But from now, Bushri will remain CEO while Duffield takes over as chairman of the board of directors.