Here’s what 7 in 10 workers are worried about 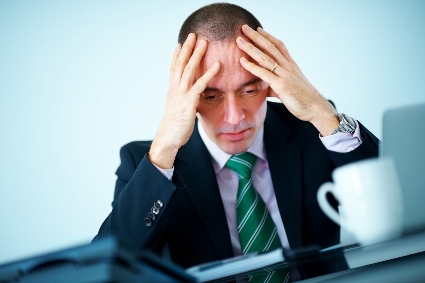 Whe
n we think about the things most likely to worry our workforce, we tend to consider the big-hitters first – things like finances, workload and job satisfaction – but it seems scores of employees are particularly anxious about where they’re sitting.

In a recent survey, a shocking 70 per cent of employees said they thought how long they were spending at their desk was having a detrimental effect on their physical health, emotional health – or both.

The report revealed that three-quarters of office workers only move from their desk during the day to make a cup of tea or go to the toilet with the average employee only getting up from their desk three times a day.

It seems the inertia really is having a negative impact – around 40 per cent of respondents complained of constant back and neck aches while around 30 per cent felt mentally strained from spending hours in front of a computer screen.

Despite the apparent concern, more than half said they were “too busy” to get up from their desks while one in five said they felt they couldn’t leave in case the phone rang.

“We all know it is much easier said than done to get up from our desks and move more – especially when those deadlines are looming – but this poll shows how urgently that needs to change,” he added.

HR manager Kim Ibberson told HRM that HR professionals should lead by example when it comes to getting out from behind the desk.