It turns out it’s actually a genetic instinct, which is why for some people the trait can be so difficult to manage 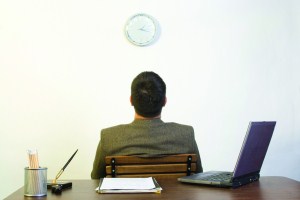 Eve
r wondered why you struggle so much with procrastination? For many people, it could simply be that they’re genetically inclined toward the trait, a University of Colorado study indicates.

Researchers looked at the genetic origins of procrastination and found that it has extremely strong links to impulsivity, and that both traits are, for most people, inherited.

“Everyone procrastinates at least sometimes, but we wanted to explore why some people procrastinate more than others and why procrastinators seem more likely to make rash actions and act without thinking,” explains psychological scientist and study author Daniel Gustavson, who studied hundreds of sets of identical and fraternal twins to make his discoveries. “Learning more about the underpinnings of procrastination may … help us overcome our ingrained tendencies to get distracted and lose track of work.”

Another March study from the Columbia University Medical Center shows that a slight delay in making decisions can improve accuracy – and humans whose brains are naturally more impulsive are less likely to make a correct decision.

“This might be the first scientific study to justify procrastination,” says study author Dr Tobias Teichert, an assistant professor of psychiatry at the University of Pittsburgh.

You might also like:
Women are turning to ‘strategic flirting’ to get ahead at work
This guy taught his boss a thing or two about punctuality
Mustaches a major mistake for managers