The Canadian operation of the world’s largest nutrition, health and wellness conglomerate launched a new initiative this week 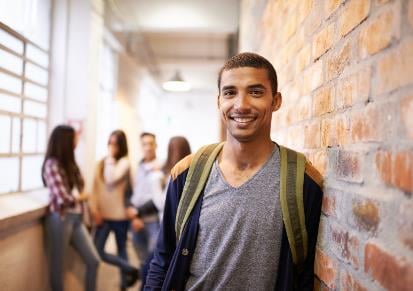 Sta
nding at a national average of 13.1 per cent, Canada’s youth employment rates don’t exactly paint a pretty picture – and for those in the GTA, the figure jumps to a shocking 18.1 per cent.

“That’s a lot of youth that are not plugged in, and a lot of talent that’s not being utilized,” says Sevaun Palvetzian, CEO of Civic Action – a Toronto-based non-profit tackling social challenges within the city.

The disappointing figures have compelled food conglomerate Nestlé to act – the Canadian operation announced earlier this week that it would be launching ‘Youth Initiative.”

According to one company spokesperson, the multifaceted program is designed to provide “tangible training opportunities and experiences for more than 5,000 young adults over the next three years.”

“We’re thrilled to be launching the Youth Initiative in Canada as we’ve experienced first-hand the tremendous value young adults can bring to an organization,” said Shelley Martin, president and CEO of Nestlé Canada.

A recent survey commissioned by the company found that the majority of Canadians (85 per cent) identify youths as a “dynamic force” within the workplace and nearly all (96 per cent) agree internships and apprenticeship programs are a valuable tool.

Despite this, only 25 per cent of respondents said their employers offered youth employment programs.

“The Youth Initiative focuses on an important need - helping students develop the necessary skills to prepare for the workforce while also building the pipeline for the next generation of leaders,” said a Nestlé spokesperson.

Nestlé Canada confirmed its new initiative would consist of four pillars:
More like this:
Does “improper” online behaviour always warrant dismissal?
Will your tech-talent stray to smaller pastures?
Skilled-worker shortage for half of employers