Getting rid of company gossip

Social scientist Joseph Grenny says leaders should strive for a company culture of openness and honesty. 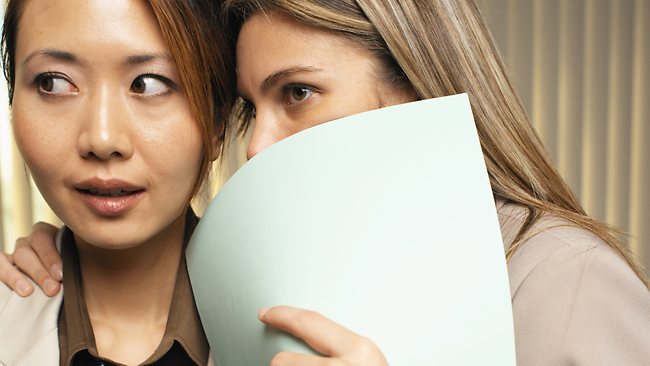 Acc
ording to social scientist Joseph Grenny, workplace gossip cultivates an unhealthy, company-wide social system that can be difficult stamp out. Here’s how you get rid of it for good.

Gossip can become a valued source of information for those who mistrust formal channels. This is a problem in
itself – if your employees don’t trust you to give them the information that matters, you’re already doing something seriously wrong.

It’s also a way of gaining valued information that might not be openly shared because of social conventions - “Don’t get Sarah to call them – she’s rude and abrasive.”

“[Gossip] serves as an emotional release for anger or frustration,” reveals Grenny – if a colleague has let you down or made you look bad, it’s often a way for workers to vent. “Colin was completely unprepared in that meeting – he made me look like an idiot.”

When employees are in conflict with one another, they naturally seek out others who feel the same - “I noticed Rebecca vetoed your suggestion this morning, she did the same to me yesterday.”

Gossip might seem like an effective way of achieving all three goals but that’s only true in an unhealthy social system – says Grenny. There are much healthier ways to handle such situations.

So gossip isn’t a problem – it’s a symptom of a greater sickness.

“We become purveyors of [gossip] when we feel we can’t raise sensitive issues more directly,” says Grenny, “so we natter with neighbours rather than confronting offenders.”

“The problem with gossip is that it reinforces the sickness that generates it,” explains Grenny. “It’s based on a self-fulfilling prophecy. If I lack trust or efficacy I engage in gossip — which robs me of the opportunity to test my mistrust or inefficacy. The more I use it the more I reinforce my need for it.”

So how do cure the core problem?

Encourage employees to call out gossiping – not to embarrass the gossiper but to bring the issue into the open, advises Grenny.

“Gossipers are rewarded when others respond passively — by simply listening,” he explains. “To stop it, force it into the open.”

“Reduce the supply of gossip by decreasing demand,” says Grenny. Create opportunities for your employees to raise any issues they might have and make sure high-level execs are willing to give real answers and explanations.

When concerns are addressed in open, there’s no opportunity for them to grow or worsen under the surface.

Often your employees gossip because they’ve never learned how else to handle an uncomfortable situation. Grenny says leaders must provide employees with “alternative skills and strategies for surfacing emotionally and politically risky concerns.”

“Gossip is not a problem; it’s a symptom,” says Grenny. “The symptom disappears when a critical mass of leaders stop enabling it, create trust in healthy communication channels, and invest in building employees’ skills to use them.”

What are you doing to stamp out unwelcome office gossip? Get in touch at [email protected]

More like this:
Forgiveness: the most under-rated trait in business?
Nitro’s secrets to a happy, high-performing workforce
How to end a culture of secret keeping