Do you really like the ‘richness, variety and ambiguity’ of your company’s people? Because that’s the thing this CEO says it takes to be a leader. 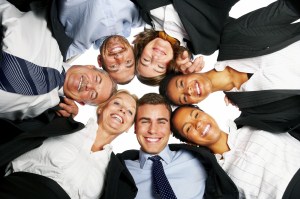 an style="line-height: 20.79px;">A leading female international banking CEO in the Asia-Pacific has advised any aspiring leaders to make sure that they ‘genuinely like people’.   Gail Kelly, who climbed to the top of Australia’s banking industry and led a leading bank – Westpac – successfully for seven years until earlier in 2015, said that you have to like the ‘richness, variety and ambiguity of people’.   To do so, Kelly argues that leaders need to cultivate a ‘generosity of spirit’ that embraces difference in people, rather than encouraging conformity.   “Generosity of spirit goes to a fundamental belief in the power of people to make a difference, respect for individuals, respect for difference,” she told the Australian Financial Review.   “At its core is the philosophy of saying ‘I want the very best for you’, of creating an environment where each individual can thrive and prosper at every level of an organisation,” she said.   Although she used to talk about ‘working with and through people’, Kelly said she now thinks that the ‘generosity of spirit’ element is crucial to leaders.   Hailing from South Africa, Nelson Mandela is an example that she believes other leaders can follow if they are seeking generosity of spirit.   “He walked out of prison with no bitterness, he walked in other people’s shoes, he lived in the moment, he chose to be positive, he looked for symbols. That’s what leaders do… he was clear about the vision for a new South Africa open to all,” Kelly told the AFR.   “I’m definitely generous-spirited in my view of people and some of that comes from Africa, because I grew up in a kaleidoscope of difference, and through the 70s, 80s, 90s I saw a country undergoing change as a young leader working in apartheid South Africa and then through the years of reconstruction.”   Sharing her advice on recruiting, Kelly said she was inspired by James Collins’ Good to Great in that leaders needed to source the right people.   “I look first and foremost when I’m recruiting people for attitudes and an alignment of values,” she said.