After one public servant’s raunchy business trip resulted in injury, taxpayers have been hit with a $600,000 legal bill. 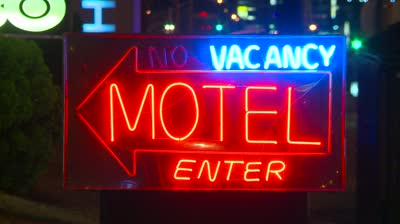 An
Australian woman who was injured while engaging in “vigorous sex” will not receive any worker’s compensation – but taxpayers have already coughed up more than $600,000 to support the public servant’s campaign.

The federal government employee, who cannot be named, was injured while on a business trip in 2007 after a light fitting in her motel room dislodged and fell on her as she was having sex with a local man.

The injured employee was taken to hospital suffering injury to her nose, mouth and a tooth – the incident was also said to have caused a psychiatric adjustment disorder.

The staggering legal bill was racked up after the dispute rumbled on for several years.

Initially, the Australian government's workplace safety body, ComCare, accepted her compensation claim but it was later revoked and the decision was also upheld by the Administrative Appeals Tribunal.

In April 2012, the woman won an appeal against those decisions in the Federal Court. Her employer was then ordered to pay her court costs.

The judge in that case, John Nicholas, said the appeals tribunal had erred in saying that the woman had to prove her injury had been caused by an activity that had been "implied" or "encouraged" by her employer.

Justice Nicholas said if the woman had been injured playing cards in her motel room she would get compensation, and that the incident was no different.

However, ComCare lodged an appeal against the Federal Court decision on four grounds, including that the court was wrong in finding the woman's injuries were caused "in the course of her employment".

Today, the High Court finally accepted ComCare's case and ruled that is was not liable because the incident happened after hours.