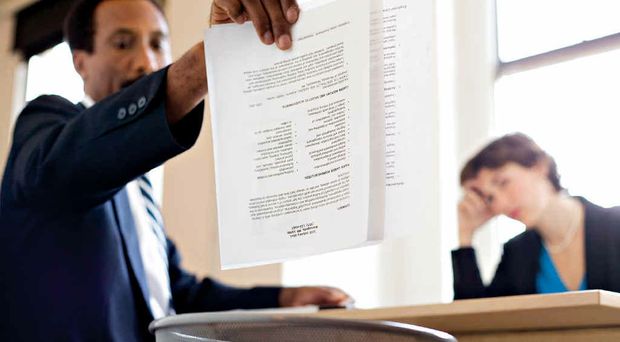 Pad
ding, exaggerating, stretching the truth or simply lying – most hiring managers will have spotted a somewhat ingenuous resume at some point – but it seems even the most accomplished of professionals are guilty of over-selling themselves.

Here are five high-profile executives who found themselves publicly shamed after someone discovered their dishonesties.

Talk about a recipe for disaster – British chef Robert Irvine famously claimed to have designed Prince Charles and Princess Diana’s wedding cake but he was promptly sacked from his own show when it was discovered that his only contribution had been picking fruit for the royal couple’s cake.

Løberg lost more than her job when her lies were uncovered – she lost her freedom for 14 months and an eye-watering one million NOK to boot.

In 2010, a journalist revealed that the upper-level administrator had never even attended university, let alone earn degrees from the London School of Economics, Queen Mary College or Norges Handelshøyskole, like she claimed to have.

Løberg wasn't even a registered nurse. In actuality, she’d dropped out of high school and only had one year of practical nurse education.

The now-shamed sportsman spent just five days on the job as head football coach at Notre Dame University in 2001 before he was forced to resign following the discovery of several made-up accolades.

O’Leary claimed he had received a master’s degree from New York University and earned three varsity letters while attending the University in New Hampshire. While the former Georgia Tech football coach had been a student at NYU, he never earned his degree, and never played in any games or received any letters at New Hampshire.

O'Leary said he misrepresented himself early in his career in an effort to land a job; “These misstatements were never stricken from my resume or biographical sketch in later years." O'Leary said in a statement. "Due to a selfish and thoughtless act many years ago, I have personally embarrassed Notre Dame, its alumni and fans."