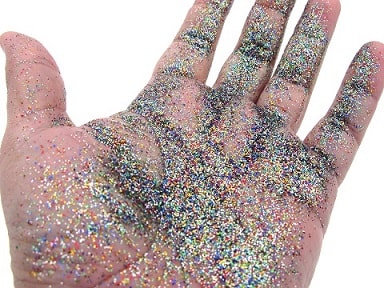 A y
oung woman from Akron, Ohio has narrowly avoided jail after committing an unusually flamboyant act of vandalism on her former employer’s property.

Samantha Lockhart was given a suspended nine-month jail sentence and placed on probation for 18 months after “glitter bombing” the office of supervisor Jamie Kappler.

Having recently handed in her resignation, the 25-year-old returned once the Summit County Fiscal Office closed to spray silly string, throw toilet paper, dump glitter and spread powder across the fellow employee’s desk.

A county computer, scanner, printer and keyboard were damaged along with a number of personal items, according to prosecutors.

As part of her sentence, the university graduate must complete 50 hours of community service, write a letter of apology and have no contact with her former co-worker or the office itself.
She was also hit with a $1,000 fine.

Assistant prosecutor Teri Burnside told the judge that attempts had been made to resolve the case amicably and without a trial but claimed Lockhart failed to understand the gravity of her actions.
That gravity may soon sink in though.

Lockhart, who has a degree in political science, had planned to take a job overseas, teaching English to schoolchildren in Chile but her passport was revoked following her arrest.

Employee drug testing – do you know what’s required for your business?
Why HR should get comfortable with the f-word
“Dare to care,” urges top CEO