Far out Friday: Five crazy excuses for calling in sick 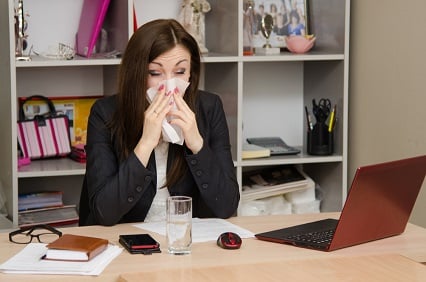 It
seems some employees are going to extraordinary lengths in an attempt to hoodwink HR.

When it comes to sick days, employees who try to pull the wool over HR’s eyes are rarely successful but sometimes, they do come up with some rather remarkable stories – at least according to one jobsite’s survey.

CareerBuilder asked employers to report the most unusual explanations offered by employees – it’s actually less concerning to assume they’re not true.
The classic excuse of an ailing relative taken a little too far... we hope. We’re betting his wife was less-than-happy about having her hypochondriac husband at home for the day. Honesty is the best policy, apparently. Again, a revamp of a classroom favourite – we assume the “dog” ate both just for good measure.
Almost as bad as when hundreds of employees asked for time off because One Direction’s Zayn Malik left the band.

The study also revealed that one quarter of employers have caught an employee faking through social media and 20 per cent have fired someone for using a fake excuse.