Far out Friday: Bizarre reasons for being out of office 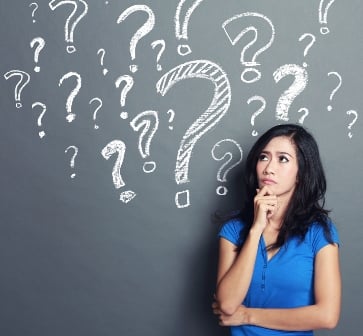 Whi
le ‘Out of Office’ emails tend to appear in our inboxes as the result of sick days or annual leave, there are countless reasons for staff not making it into work.
HR bears the brunt of the reasons and excuses – but here are some (courtesy of Q&A site Quora) that we’d wager your employees have never given.

Workplace staples
Entrepreneur Brandon Lee felt that honesty was the best policy when he missed a meeting to take a trip to the hospital.
“Sorry I missed our lunch meeting, I went to the Emergency Room because I accidentally shot myself with a staple gun,” he told his manager.
“I still have the staple they removed as a souvenir,” Lee wrote.

Special delivery
Quora user Mira Zaslove’s medical emergency disrupted a work-related call.
“Sorry, I need to reschedule our call, my water just broke,” she had to tell the person on the other end of the phone.
“And so she learned before my husband, doctor, or mother that I was going into labour.”
The call had been in relation to a reference for a former employee – who got the job in the end.

Workplace trash
One user confessed that she was once compelled to call her boss from a rubbish pile.
Kate Scott had to explain that she was unable to return to work after her lunch break because she had locked herself into the refuse area in her apartment building.
“I tried to climb out,” she wrote. “I eventually had to call my boss and explain to her that I was sitting next to garbage in a box. Trapped. Like a raccoon.”
Eventually, Scott called a friend who arrived to free her.

Out of office – literally
Jon Mixon was working on a contract job in New Jersey when he witnessed an office argument getting out of hand.
“One day, the younger of two women (colleagues) suddenly jumped and up dragged her entire desk (a large wooden affair) out of the office they shared and into the common area,” Mixon wrote.
He added that the project manager then called the woman into his office, after which she moved the desk – “not back into the office, but to an area along the wall in the common area”.
According to Mixon, the woman continued to occupy the area for around four weeks.