Facebook screening: why you could be overlooking top job candidates

How much can Facebook profiles tell you about a person’s employment suitability? New evidence shows that employers may be looking at the wrong information 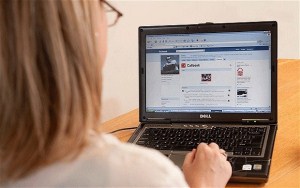 When you’re shortlisting candidates for a role, do you look up their Facebook profiles to find out more about them?

If the answer is yes, then you may be accidentally overlooking great candidates, according to a study by North Carolina State University.

Dr Lori Foster Thompson, a professor of psychology at NC State and co-author of a paper describing the study, told phys.org that companies often looked for things like drug and alcohol use on a candidate’s profile to determine traits like conscientiousness and responsibility.

However, there was no significant correlation between conscientiousness and a person’s willingness to post about alcohol and drug use on Facebook, meaning organizations could be overlooking candidates based on incorrect assumptions about social media behaviour.

Looking at someone’s profile can make an employer aware of the applicant’s age, political views, religious beliefs, marital status, race, union membership or activity, medical information, ethnicity, and other information that cannot be used to make an employment based decision.

Phil Turner, general manager – talent acquisition, human resources at Compass Group, told HRM Online that while he didn’t use Facebook in the recruitment process, he had worked at organizations where managers did check candidates’ profiles.

“At one company, I think the candidate put something on their Facebook page that was a bit of a joke, something inappropriate about what their interests were, and the manager saw that and it stopped them going to offer on a position.”

He said he preferred to use the site LinkedIn to look at candidates’ backgrounds and make sure the profile matched what was on their CV.

He said that while information on Facebook profiles was in the public domain, the site was “more of a family and friends type tool”, while people knew that LinkedIn was for professional development.

“I think you can get more out of things like psychometric assessments, doing reference checks – we also do a lot of checks, things like police checks.”