Mark Zuckerberg may have a multi-billion dollar net worth but he takes a measly annual wage of just $1 – here’s why. 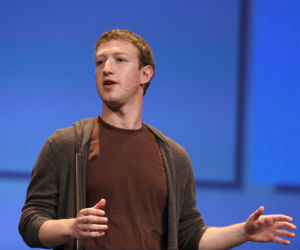 Mar
k Zuckerberg’s surprisingly small salary has been public knowledge for some time but the Facebook founder turned philanthropist finally offered an explanation to his one-figure wage in a recent Q&A.

“I've made enough money,” he told Facebook user Joe Byer. “At this point, I'm just focused on making sure I do the most possible good with what I have.”

The simple, straight-forward answer shows Zuckerberg is leveraging his position as CEO and using Facebook as a tool to help others.

“The main way I can help is through Facebook -- giving people the power to share and connecting the world,” he explained.

Zuckerberg revealed he was also focusing on his education and health philanthropy work outside of Facebook. “Too many people die unnecessarily and don't get the opportunities they deserve,” he said.

“There are lots of things in the world that need to get fixed and I'm just lucky to have the chance to work on fixing some of them,” Zuckerberg added.

With an estimated net worth of US$34.8 billion, Zuckerberg  isn’t exactly going to struggle on his apparently paltry wage – but  there are plenty of other CEOs in a similar position who aren’t exactly keen to follow in the young philanthropist’s footsteps.

Take a look at some other top US earners: