This is one resignation HR didn’t see coming, but the job she’s taken instead is just as surprising. 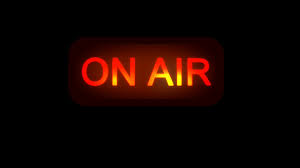 That’s how one Alaskan TV reporter quit her job during a live broadcast Sunday. Charlo Greene had just finished presenting a segment on a medical marijuana business’s fight for legalization — up for a vote in November as a ballot measure in Alaska — when she revealed herself as the owner of that business and announced her immediate retirement from the TV news business.

“Now everything you’ve heard is why I, the actual owner of the Alaska Cannabis Club, will be dedicating all of my energy toward fighting for freedom and fairness, which begins with legalizing marijuana here in Alaska,” she said during the KTVA evening news. “And as for this job, well, not that I have a choice but, f**k it, I quit.”

Greene later told the Alaska Dispatch News that her producers had no idea she was connected to the business, ensuring a big surprise when the segment aired. The Alaska Cannabis Club had reportedly also urged people on Facebook to tune in for the show.

In a statement posted online, KTVA’s news director Bert Rudman apologized said “for the inappropriate language used by a KTVA reporter” on the air, adding that the employee had been “terminated”.