Employee takes on HR over human right to smoke pot

A bona fide medical marijuana user is taking his right to smoke pot at work all the way to the Canadian Human Rights Commission, after he says he was fired for the practice by TD Bank. 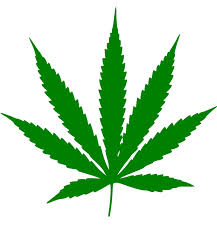 A bona fide medical marijuana user is taking his right to smoke pot at work all the way to the Canadian Human Rights Commission, after he says he was fired for the practice by TD Bank.

A sufferer of migraines and chronic back pain, David-George Oldham has been a licenced medical marijuana user since the end of 2013, when he began to smoke pot at work.

After being fired after in relation to a scenario involving his marijuana use, Oldham has lodged a complaint with the commission, though he is still awaiting a response.

Metro News reports that, when he one day came back from smoking smelling like pot, his HR managers asked him to produce proof of his medical marijuana license.

However Oldham rebuffed the HR team, as he had already shown his direct line managers, smoked off company property, and didn’t feel like he was doing anything wrong.

Metro News reported that Oldham felt the approach from HR was an invasion of privacy and a breach of trust.

The company’s HR department tried to schedule meetings with Oldham, but because he knew the subject was to be his pot use, he declined all approaches from the HR department.

He was later put on a paid leave of absence and then terminated by the company.

A statement from TD Corporate and Public Affairs department implied there was more to TD Bank’s side of the story, and that the company was in fact committed to a ‘healthy, inclusive and barrier-free workplace for all employees’ and that included medical conditions.